You are here: What's On > Submersion 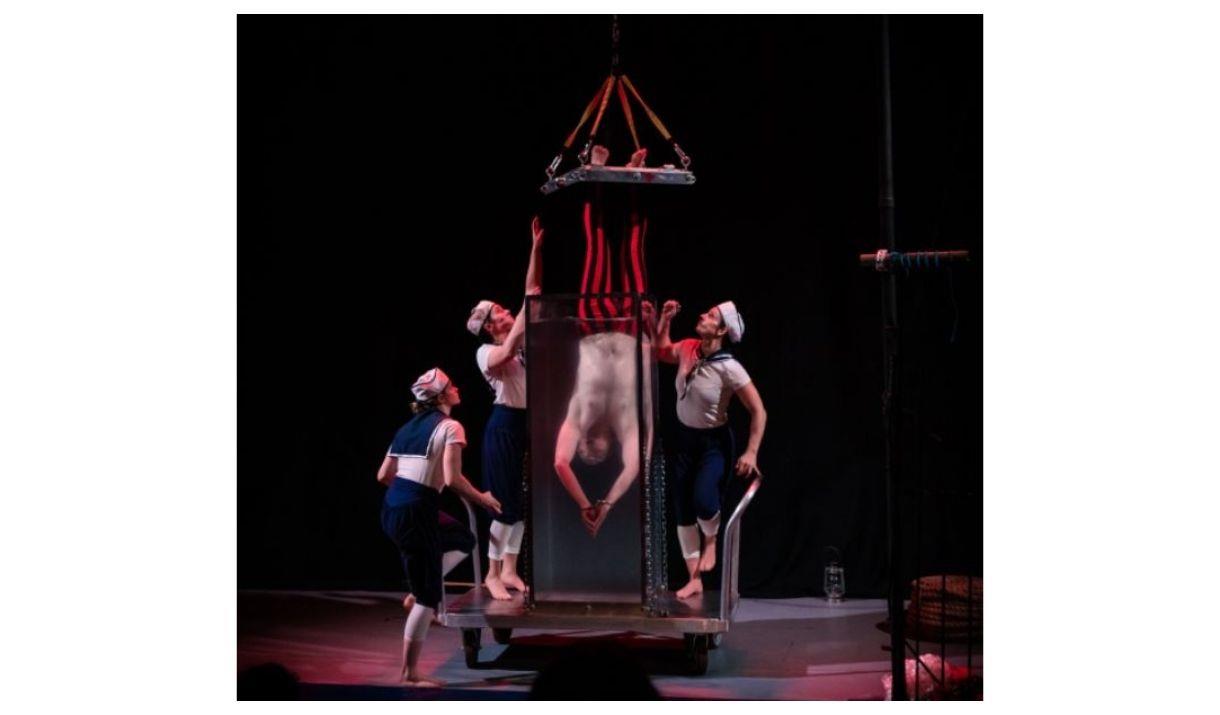 Submersion is the perfect show for entertaining an audience of adults and children alike, watch as the Royal Navy capture a pesky pirate! Can the pirate escape his fate?

Submersion is based on a real story that happened in London at the start of the 1700's. When the Royal Navy sailed the seven seas searching for pirates, bringing them back to London to be tried and executed in the traditional pirate manner, if found guilty.

The show brings the world of theatre and circus together in this joint production between Aircraft Circus Academy and escapologist Dave Diamond.

This self-contained show has a variety of circus skills including aerial silks, aerial hoop, acrobalance, and poi. It finishes with a nail-biting finale as a daring pirate tries to escape the clutches of the navy.

Dave Diamond is a professional stunt performer, all the other members of the cast in the shows that perform circus acts, are also professionals in their field, who have trained and performed for many years. Accordingly, we insist that no one attempt to re-create or re-enact any stunt or activity performed in our shows. They are highly risky and dangerous and can result in injury or death, if not properly trained and supervised.

* Part of our Platinum Jubilee Celebrations