You are here: Things to Do > The Queen's House 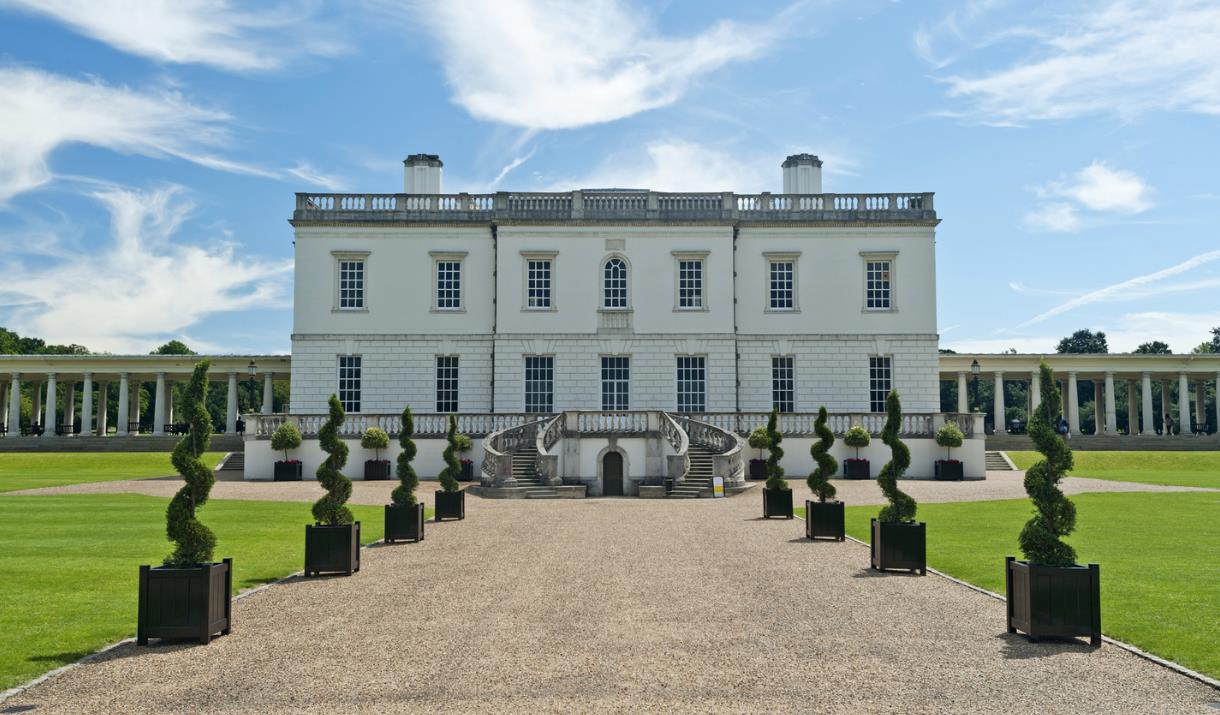 The Queen’s House in Greenwich is one of the most fascinating buildings in the country. It is architecturally important, as well as being famous for its former royal occupants and its vast art collection. It even has its own ghost – if legend is to be believed!

As the first Cassical villa to be built in the England, The Queen’s House was very different from the traditional Tudor and Gothic styles which came before. The architect Inigo Jones was commissioned to design the building in 1616 by Anne of Denmark, James I’s wife, supposedly a gift from the king as an apology for swearing in front of her after she accidentally shot one of his favourite dogs during a hunt.

Today, The Queen’s House is home to an incredible collection of art, featuring works by artists including Canaletto, Rembrandt and Gainsborough. You can also see the iconic Armada Portrait of Elizabeth I, commemorating the failed invasion of England by the Spanish Armada in the summer of 1588.

Make sure to visit the Great Hall at the heart of the House – a perfect cube, decorated with a delicate gold leaf ceiling fresco designed by Turner Prize-winning artist, Richard Wright.

Don’t miss the famous Tulip Stairs. Not only are they an Instagram hotspot here in Greenwich, they’re also the first of their kind. The first geometric self-supporting spiral staircase in Britain, they are the jewel in The Queen’s House architectural crown. They’re also where that legendary ghost was spotted…

It's likely that the phone or computer you're reading this on was imported by ship🚢 Over 85% of all trade to and f… https://t.co/unnMnZDF0V
20 May 2022   13:48:01
Inspired by travel journals, the #AllAboard reminiscence resources were created with @AgeExchange to support people… https://t.co/JE4UcXhQTl
19 May 2022   18:07:03
facebook: https://www.facebook.com/royalmuseumsgreenwich