You are here: Accommodation > The Corner London City 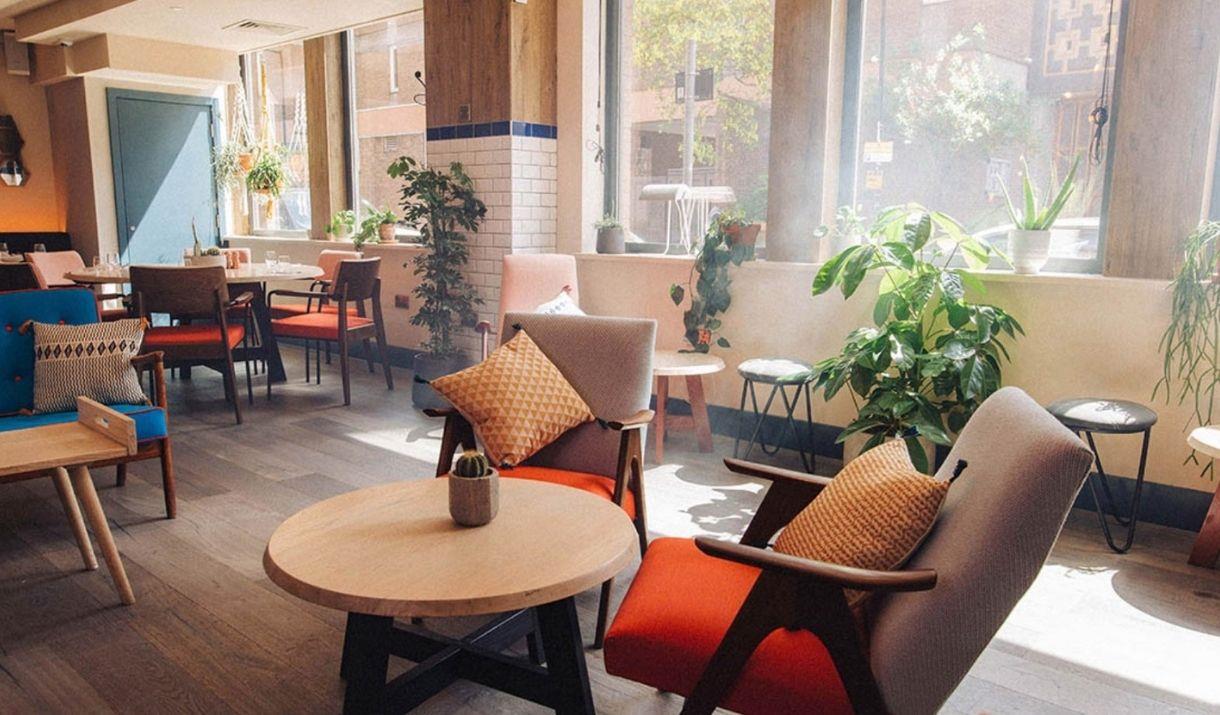 The Corner London City is a new concept design hotel and the greenest hotel in London, located near Aldgate East on the footsteps of the City of London. Green credentials, quirky style, futuristic design and sustainability are the revolutionary values at the heart of the hotel, that set it apart from all other hotels. Bespoke, handmade furniture and locally sourced fixtures and fittings also add personality: no two of the quirky rooms are the same!

They pride themselves on being London’s Greenest Hotel! With 41% less water consumption than other UK hotels and 67% less CO2 emissions than the industry average, they aim not just to do their bit but to lead the pack and here’s how:

Inside the rooms:
- Recycling bins to separate plastic, paper and general waste
- Sustainably sourced design in every room, featuring a unique all-in-one pod that includes the bed and bathroom
- Bee-Kind organic toiletries
- Hansgrohe Airdrop shower heads in the bathroom mix air with water, reducing the amount of water used by 25% per minute without affecting the shower’s water pressure
- Super king-size mattresses from UK based Natural Mat - handcrafted, natural, organic and made from renewable and sustainable sources
- Bottled filtered water is available in the rooms and in the restaurant, helping to eliminate the use of plastic throughout the hotel
- Furniture in rooms and around the hotel are re-purposed / re-used pieces, including desks made of reclaimed wood and lamps made using old hosepipes
- Guests staying multiple nights who volunteer to not have their room cleaned will receive a £5 voucher to spend at the bar as a way of saying thank you for being part of the green effort

Throughout the hotel;
- C02 emissions are 67% less than industry average - the same as 125 family car trips around the Equator!
- Water consumption is 41% less than other UK hotels. That’s the equivalent to four Olympic sized swimming pools.
- Electrical consumption is 8% less than industry standard - which is equivalent to boiling 321,745 kettles.
- All lighting is LED and energy efficient, and have solar panels on the roof meaning the hotel runs on East London sunshine!
- Corridor lights are run on light saving sensory controls.
- The bar and kitchen strive to use local suppliers where possible.
- There are electric car charging points in the hotel private gated car park.
- The hotel recycles all plastic, paper and glass.
- Non-toxic cleaning products are chosen whenever possible!