You are here: Things to Do > The Painted Hall 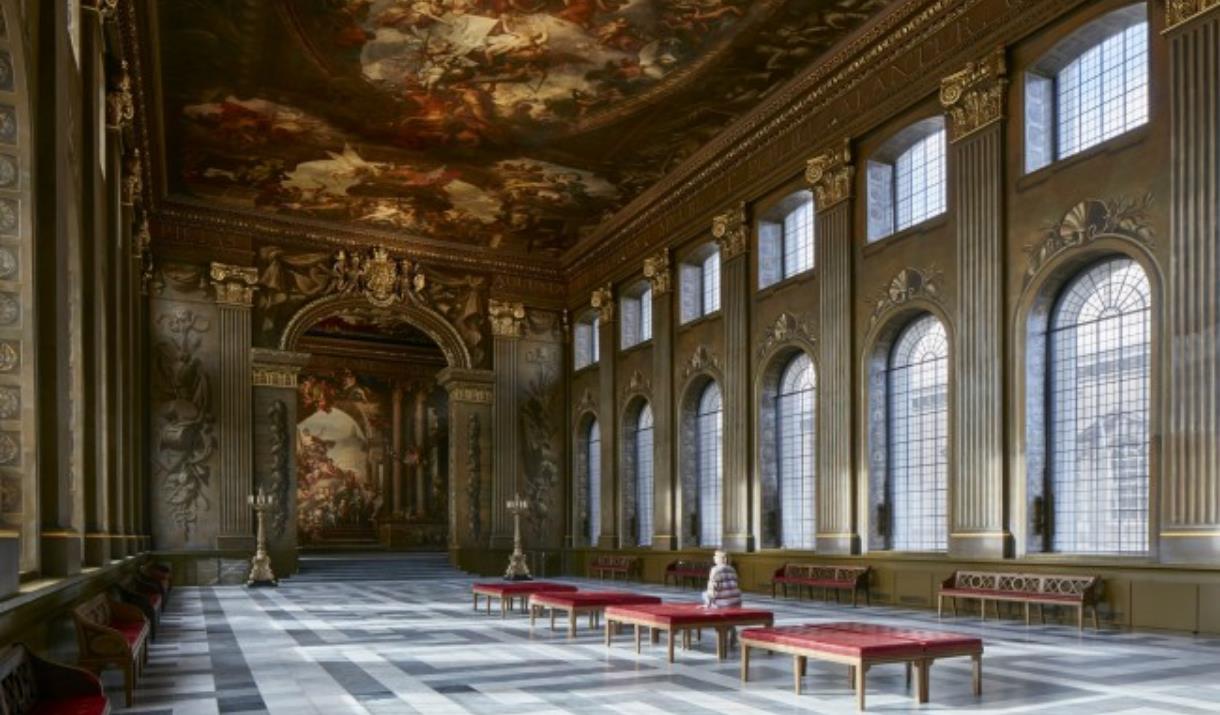 The Painted Hall is a true masterpiece, boasting one of the most spectacular Baroque interiors in Europe. The extraordinary ceiling and wall decorations were conceived and executed by British artist Sir James Thornhill.

The epic painting scheme, known as ‘Britain’s Sistine Chapel’ took nineteen years from the start of the commission to its completion in 1726. By turns extravagant, playful, thoughtful, naïve and politically shrewd, Thornhill’s scheme earned him a knighthood and payment of £6,685.

The grandeur of Thornhill's composition, which covers 40,000 square feet, reflects the importance of the new Royal Hospital’s main Hall. Originally intended as a grand dining room for the naval pensioners, it soon became a ceremonial space open to paying visitors and reserved for special functions. Perhaps the most significant of which was the lying-in-state of Lord Nelson in January 1806, drawing large crowds to view the hero’s body. The exact spot where the coffin lay is marked by a plaque on the floor.

For a hundred years from 1824 the Hall was given over to the first National Gallery of Naval Art, before becoming home to the Royal Naval College in 1869 after the last Greenwich Pensioners left the site. From 1937 to 1997 the Painted Hall functioned as a dining space for trainee officers of the Royal Navy.

In 2019, after an £8.5m restoration project to clean and conserve the magnificent 17th Century paintings, the Painted Hall was reopened to the public.

Our grounds and buildings regularly feature in major film and TV productions. In fact, so many films have been shot… https://t.co/GWbShyjDeZ
19 May 2022   10:01:11
Come together with friends and family to our beautiful riverside setting to celebrate the Queen’s Platinum Jubilee:… https://t.co/nXjZjgL9Uy
18 May 2022   13:50:03
facebook: https://www.facebook.com/oldroyalnavalcollege