You are here: Information > Product Catch all > Greenwich Bike Tour 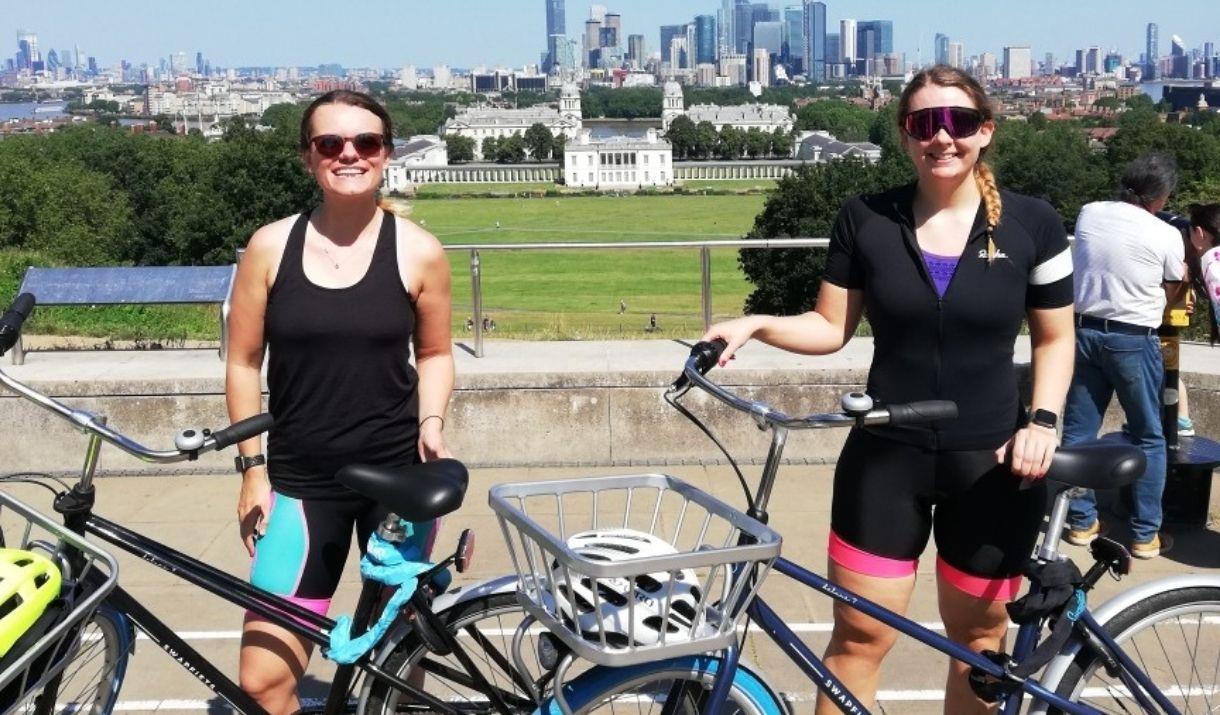 Join in on this very personable and fun bike tour.

To begin, you will head up through beautiful Greenwich Park (originally established by King Henry VIII) in order to reach the world famous Royal Observatory. The view is amazing, taking in all of maritime Greenwich, Canary Wharf and the City including St. Paul's Cathedral. From here we cycle down through the park, towards the River Thames. We skirt The Queen's House on the way to the Thames bike pathway.

​We will pass the old Greenwich power station, built by the Edwardians in 1903. We are now heading east along the river, towards The O2. Along the way, there is much to see including the busy and ever - changing Thames River itself. The bike path hugs the river and there are lots of scenic pullovers. We reach The O2, now in the top 5 globally for entertainment events and concerts. Also, we can stand directly under the London Cable Car that crosses the Thames, built just in time for the London Olympics of 2012.

​As we head back along the river towards Greenwich, we will take a much deserved coffee/tea break beside the river.

On your way towards Greenwich, you will be able to cycle through the historic Old Royal Naval College, designed by Sir Christopher Wren. You can see the tea clipper Cutty Sark up close, the only surviving tea clipper in the world. Which will bring us back to the starting point.

* Minimum Booking on this tour is two persons.